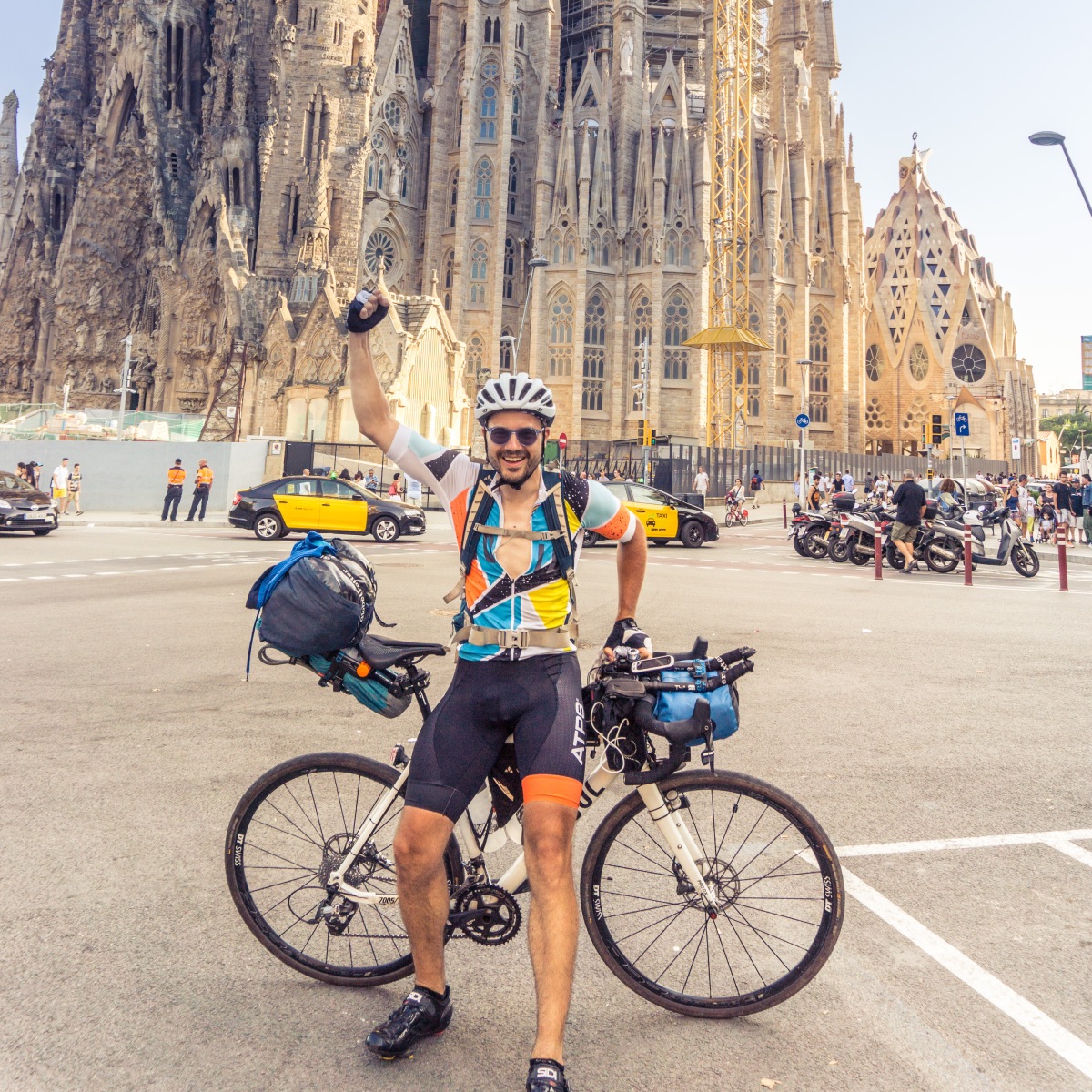 This was my last little stage to Barcelona; so short, I hardly count it as a real cycling day. Ideal to have a late start after some beach and Paella action with Pascal and Anneke, and an early finish to sort out my arrival in Barcelona and meet Mireia and Cris. In this post I will briefly recap this whole summer trip. But in short: It was all that I had hoped for and more! Just the perfect mix of heavy cycling, traveling/exploring, social moments, stunning scenery and in a way even some relaxation. (This blog post is about the 2nd of August 2017, written on the 20th of May 2018 in Berlin, Germany)

This was the last day of my trip. But actually the last real cycling day was yesterday, because today was a real shorty: 45km final from Canet de Mar to Barcelona. Accordingly there was no need to start early what so ever. Instead I spent some time with Pascal, Anneke and their little daughter. 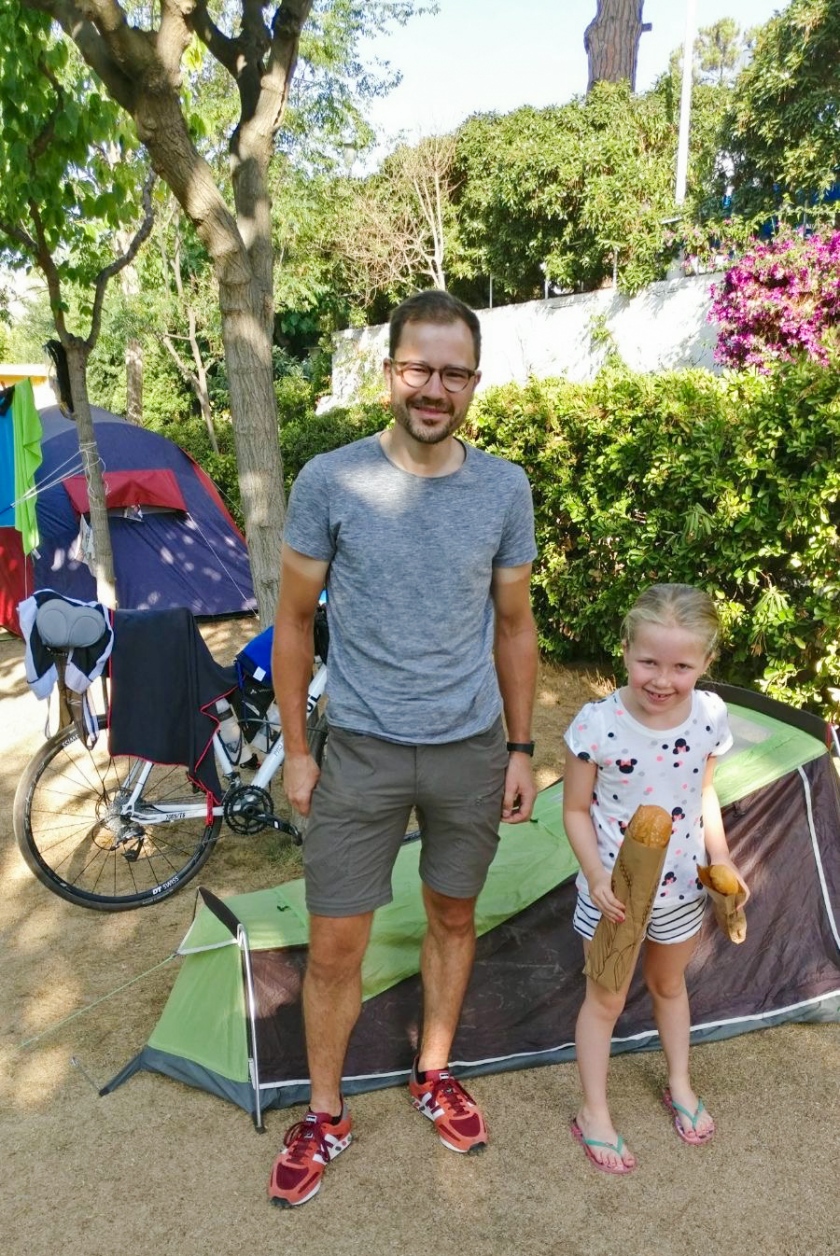 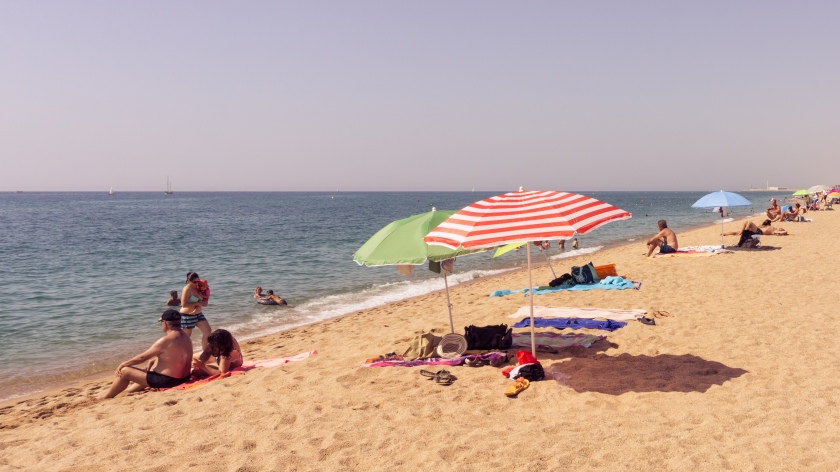 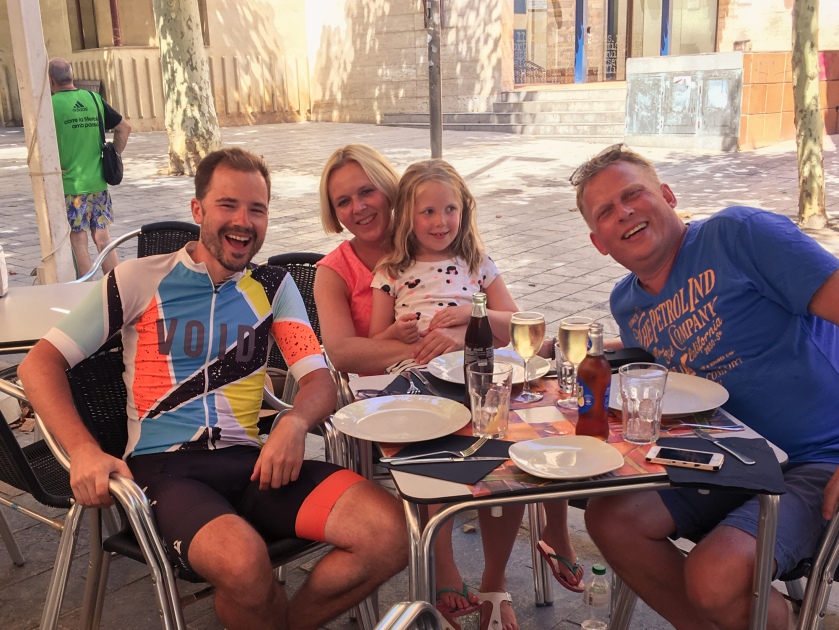 An then, some time in the afternoon, it was time to hit the road. On the way I stopped at a bike shop to buy a new pump. For the rest it was mostly incredibly sweaty, very flat, and an interesting ride into Barcelona, cause I didn’t really notice at what point the city started.

As you know, I put a lot of effort into preparing and planning my trip. However I did not do any research on Barcelona whatsoever. So at some point – just by coincidence – I passed by “this building” that looked somehow important and iconic – only later did I fin out it is the famous “Segrada Familia”. In any case, picture time! 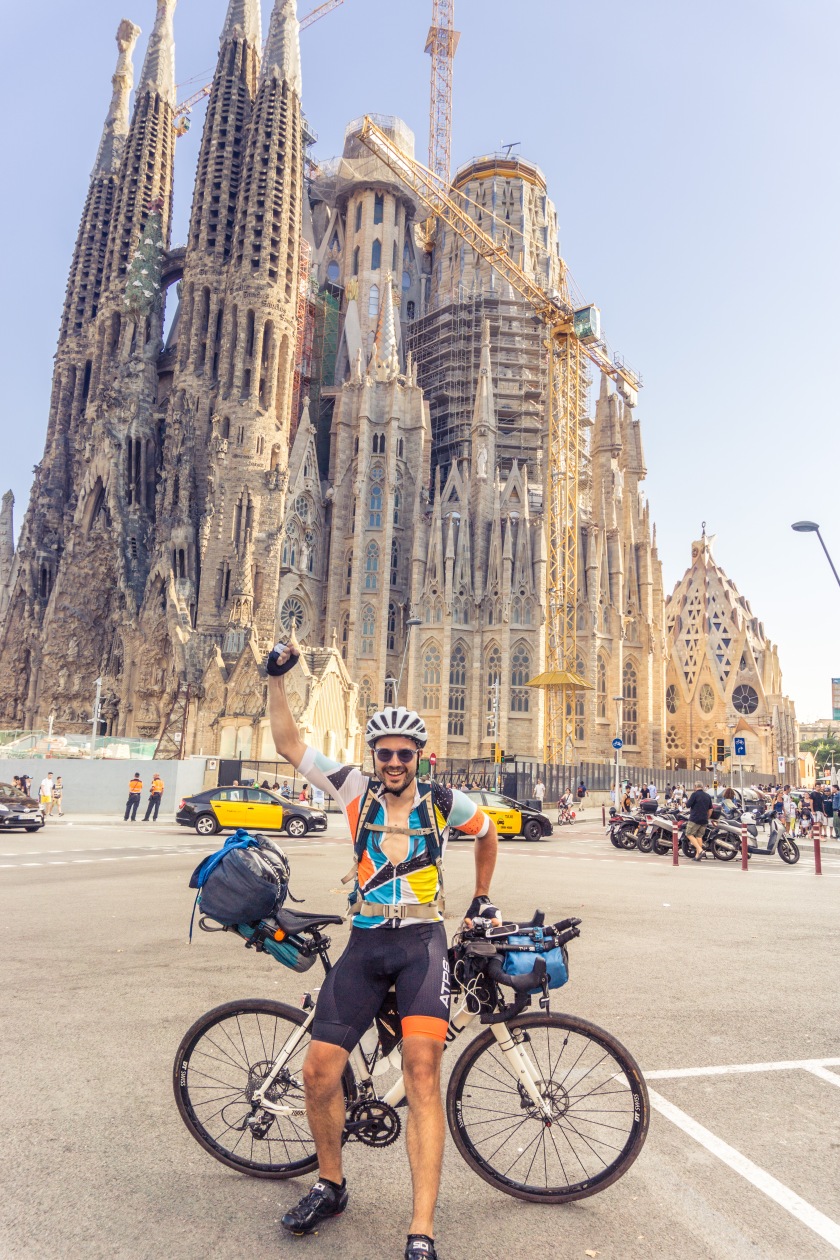 I met my friend Mireia, who I still knew from my years in Amsterdam, at the Station Gràcia. We headed to Placa del Sol, where we also met Cris who had a free room where I could stay for some days (a week in the end). Briefly went there to get back into a civilized condition, and then una cerveza at Placa del Sol. 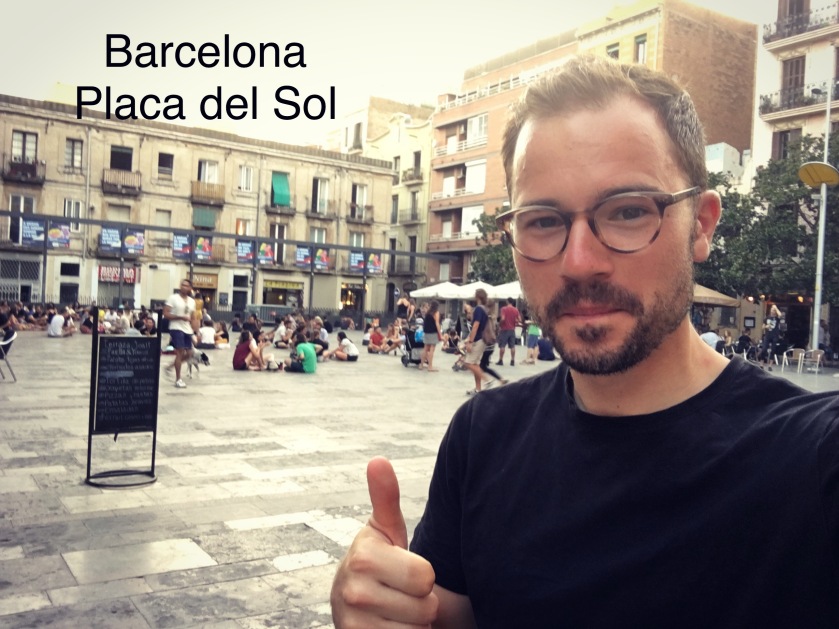 Later that evening the whole square was occupied by more and more people, each of them had a different two weeks behind them; and I was fulfilled with mine. That night I had one of the best sleeps ever. 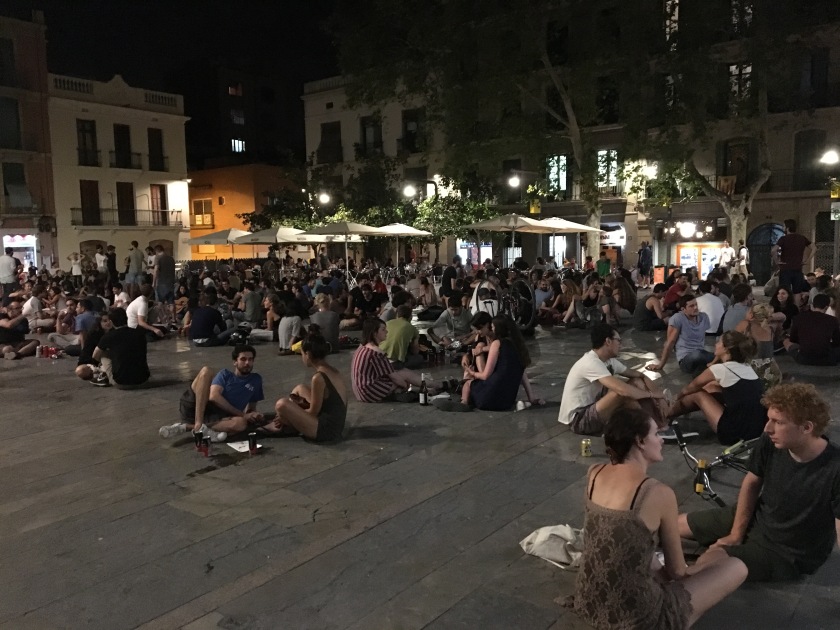 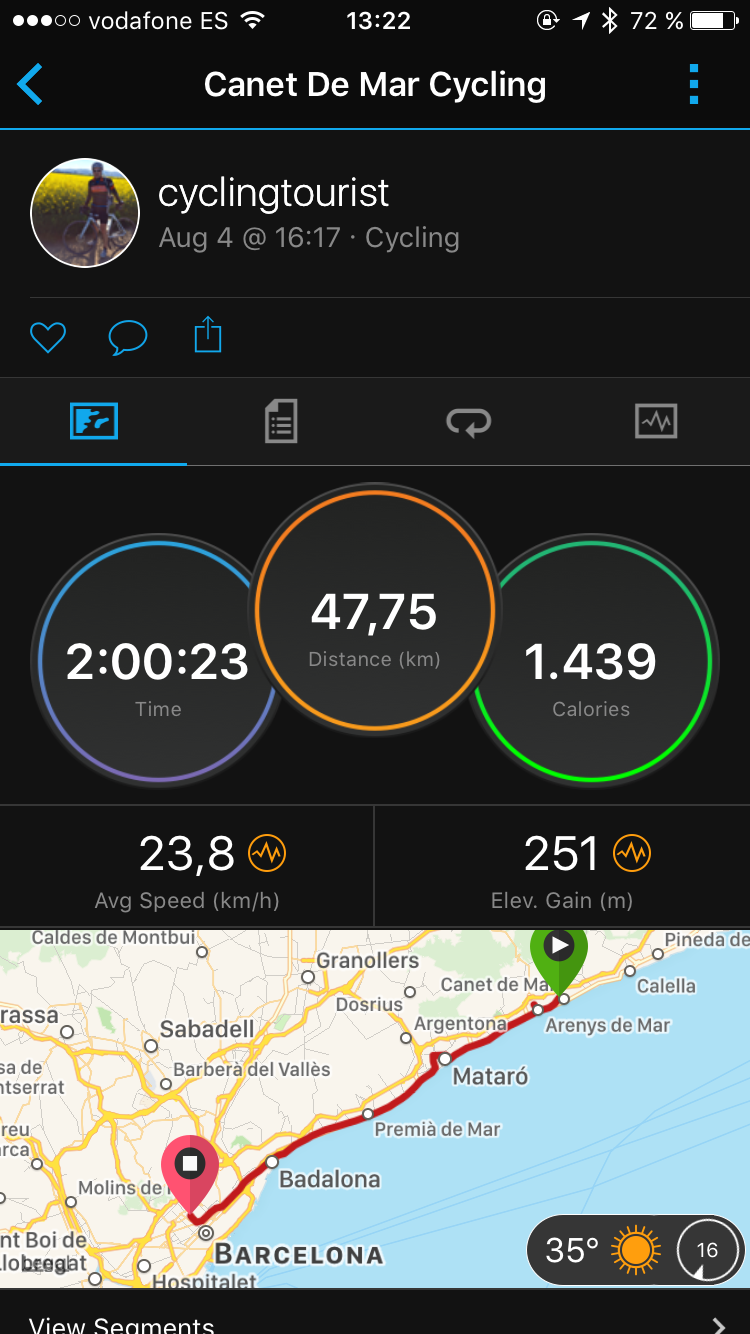 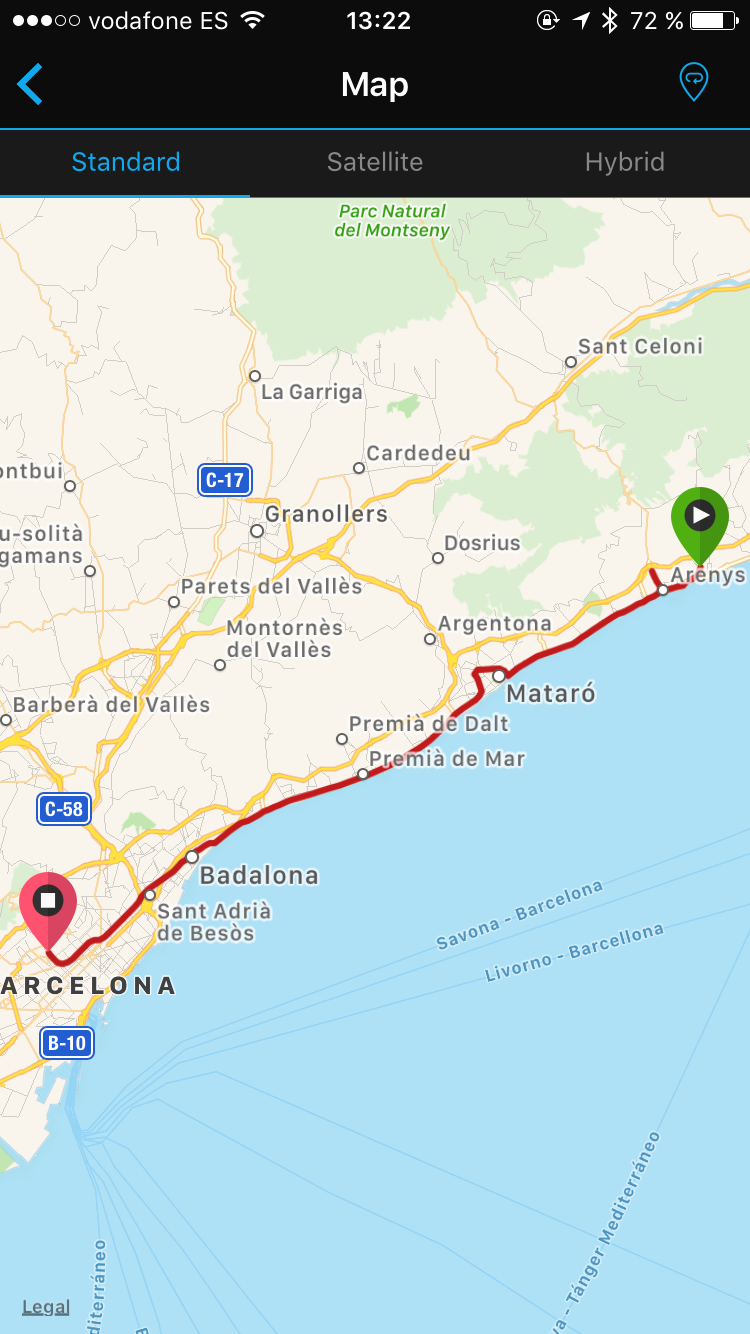 Everything felt so complete in that moment. And that was because my whole trip had fulfilled all I had hoped for. There were no open ends, which is a rather exceptional state, I think. To recap the goals I had set out when deciding what kind of trip to do, and that led me to do this one:

And you can read this list of goals as a description of how that summer tour actually turned out in the end. Each of these wishes got fulfilled or over-fulfilled. I had set out to me ambitious day trips in terms of distance and altitude gains; and I managed them all. I wouldn’t say without suffering, but it did not drain me as much as for example my trip last year to Russia and Finland. This summer was supposed to have more of that enjoyment of the moment, and I got it: the landscapes were SO surprising, stunning, stimulating. It started already on the first day when I entered Switzerland and each day showed me something new. I got to know parts of Europe that I had never seen before and of whose look or even existence I had no imagination previously; most notably the absolutely mind-blowing beauty of the Massif Central, the majestic Pyrennees and the stunning Costa Brava; but even the Jura offered me views I had not expected at all.

I met old friends on the way; like Diana and her partner on my first night in Freiburg, Bérengère (my old Montréal-friend) and Goeff in Lyon where I also kind of bumped into my dear friends Jochem and Vera from Amsterdam, some wine-loaded warm conversations with strangers in French at a little open air theatre show in the Massif Central. The kind Dutch family in Casteil, and finally Mireia and her great friends in Barcelona. All this was socially very fulfilling – quite a contrast to the not only meteorologically cold time up North last year.

What came now was one week of relaxing in Barcelona. I did not feel any pressure to do a lot in the city, cause I felt I had been active enough before. So I took it easy: sleeping in, going for walks, going to the beach, some exhibitions and musea etc. And of course I spent a lot of time on writing up my previous blogposts (up till No 08 that is).
Here are just some more visual impressions from Barcelona:

You remember Florian and Johannes who I passed in Geneva and who were also on their way to Barcelona? They cycled less each day, but did not do any rest days; so they had already been in Barcelona for some days. We met up at the beach for a beer, as we had promised each other on our encounter in Geneva. Showing of our cyclist calves: 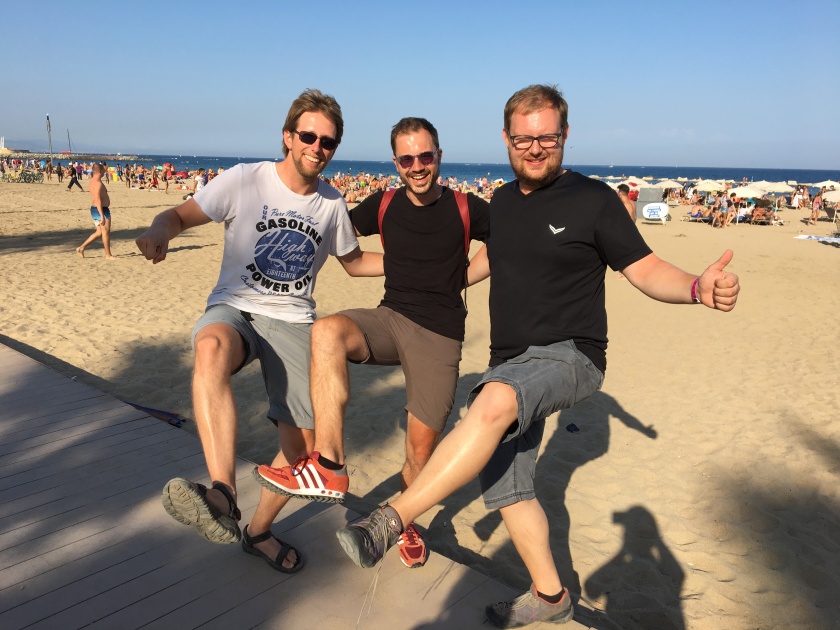 In Barcelona I also met up with Robert, a friend who I still knew from Amsterdam. In a bar we got to know Manon and her friends and had a long and fun evening: 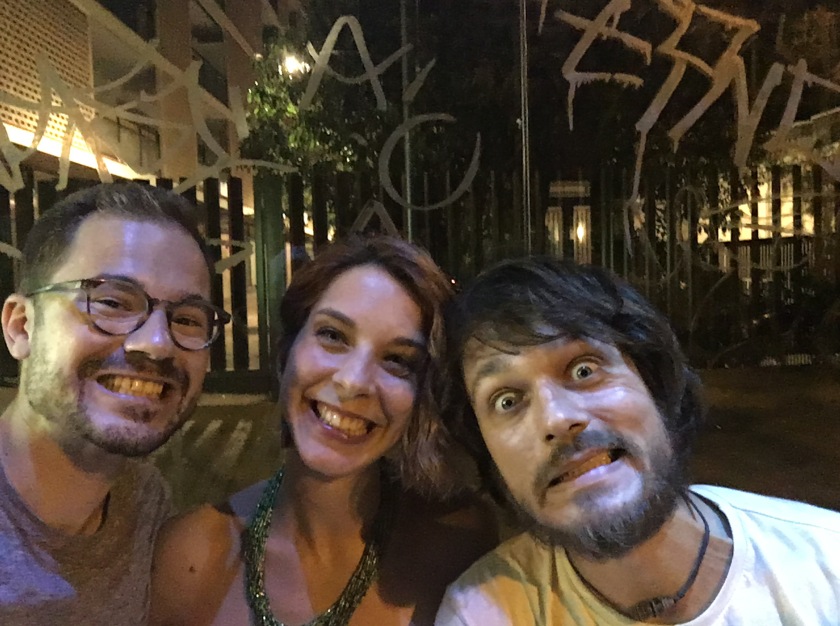 With Mireia and Cris and their friend. We went to a beach; and by coincidence I had just passed through exactly this spot (yes, this alley along the beach) by bike on my last cycling day: 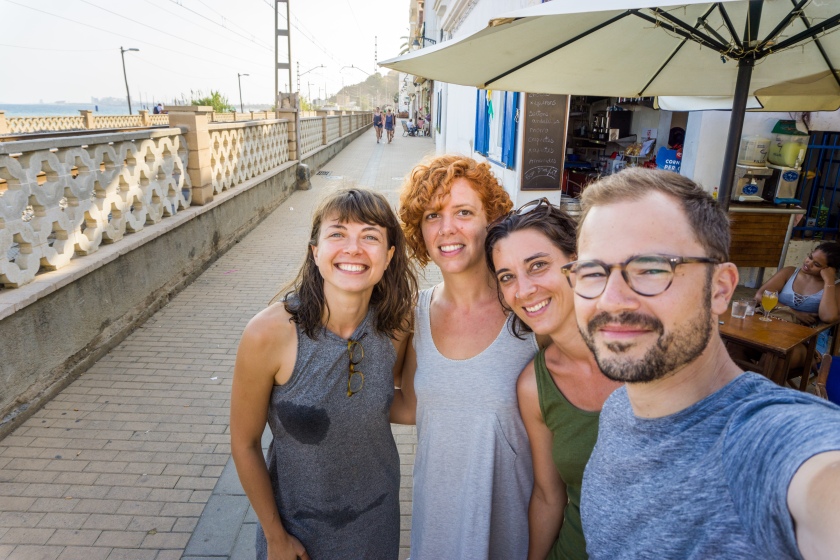 Enjoying the view over the city from Parc Güell: 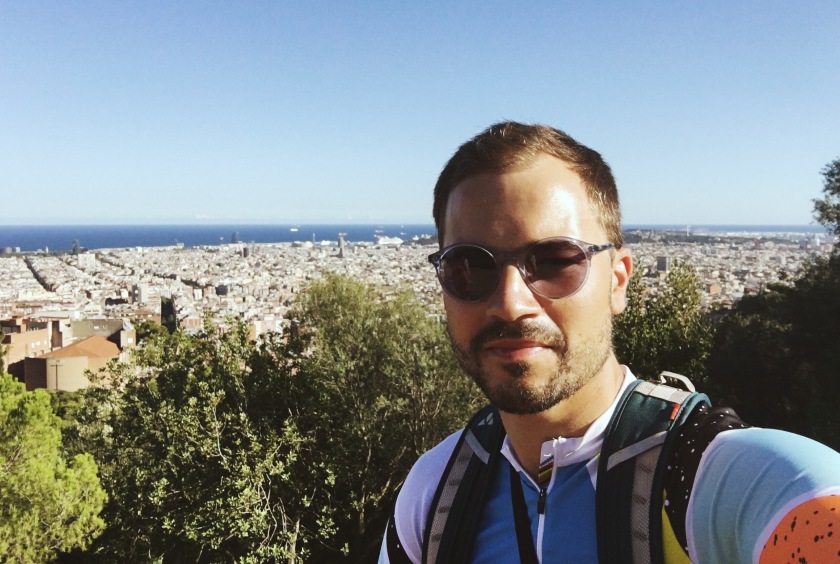 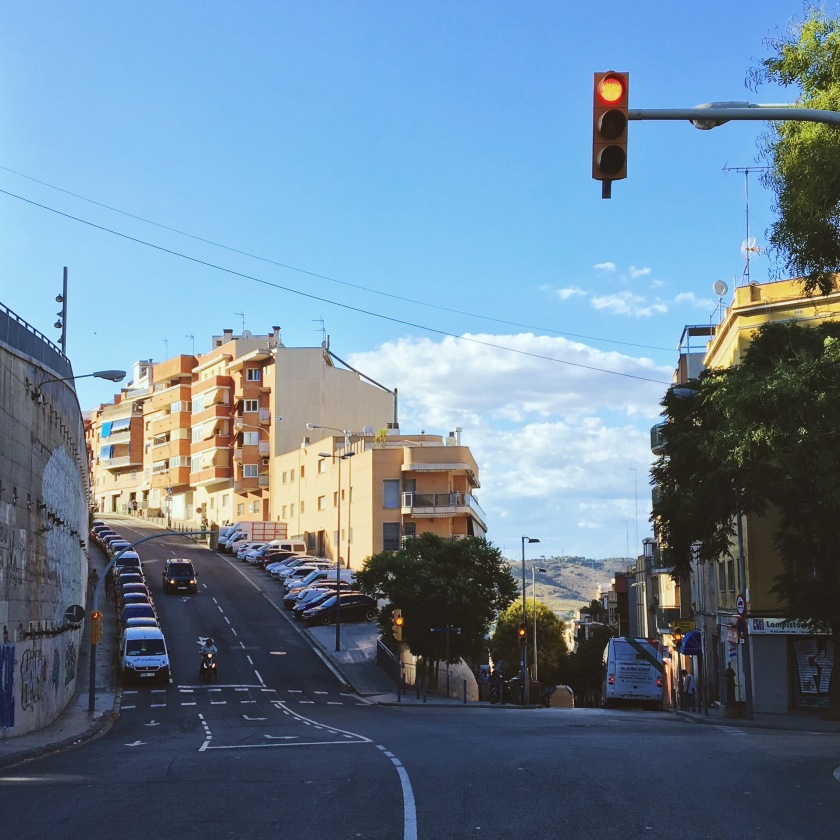 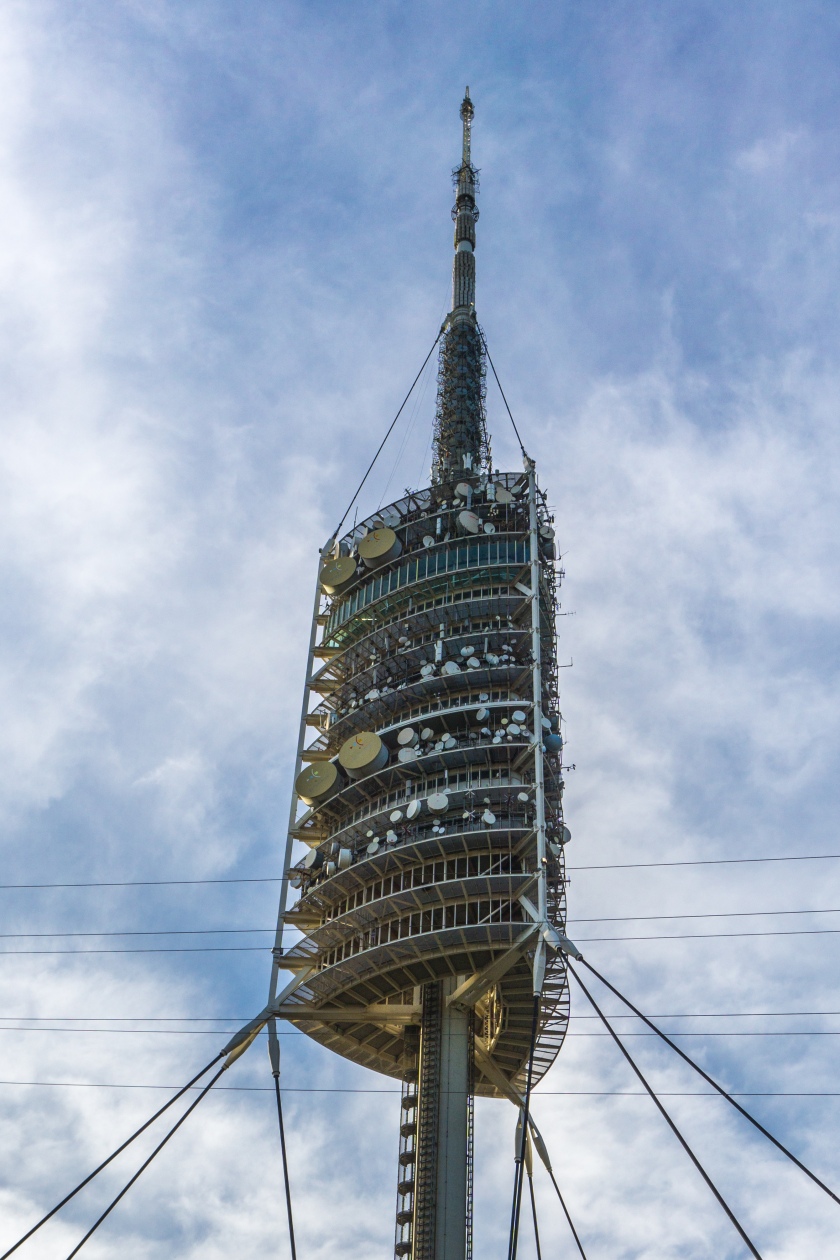 Interesting architechture… can’t remember which building it was, but liked the pic: 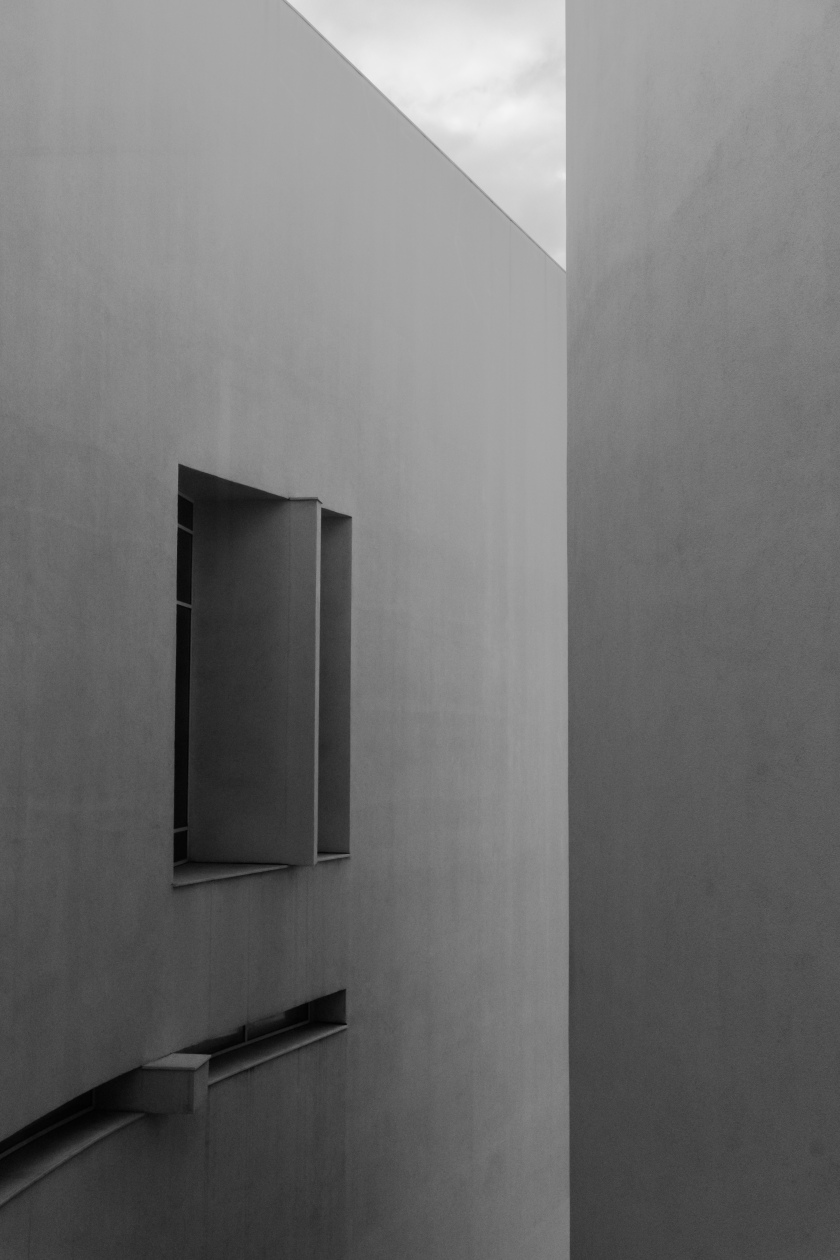 And a long train ride back to Cologne: 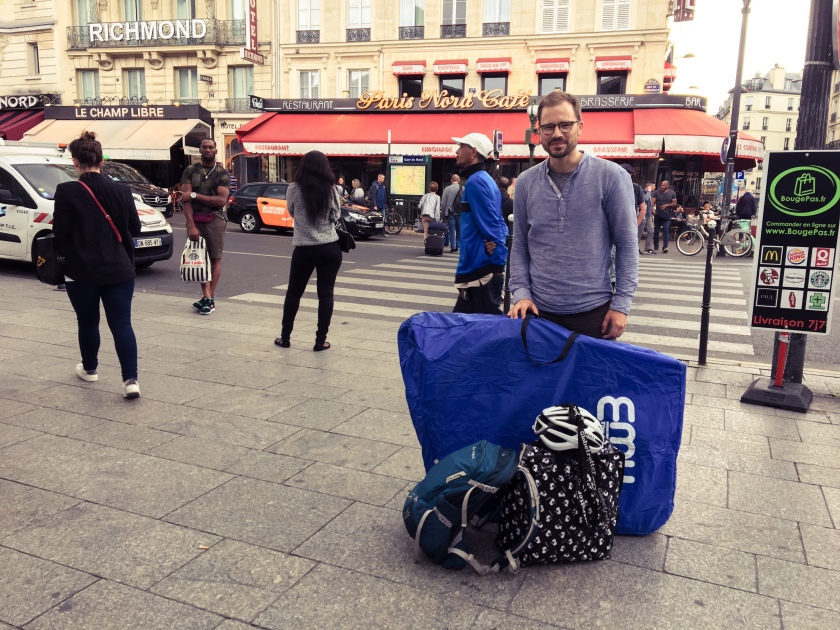 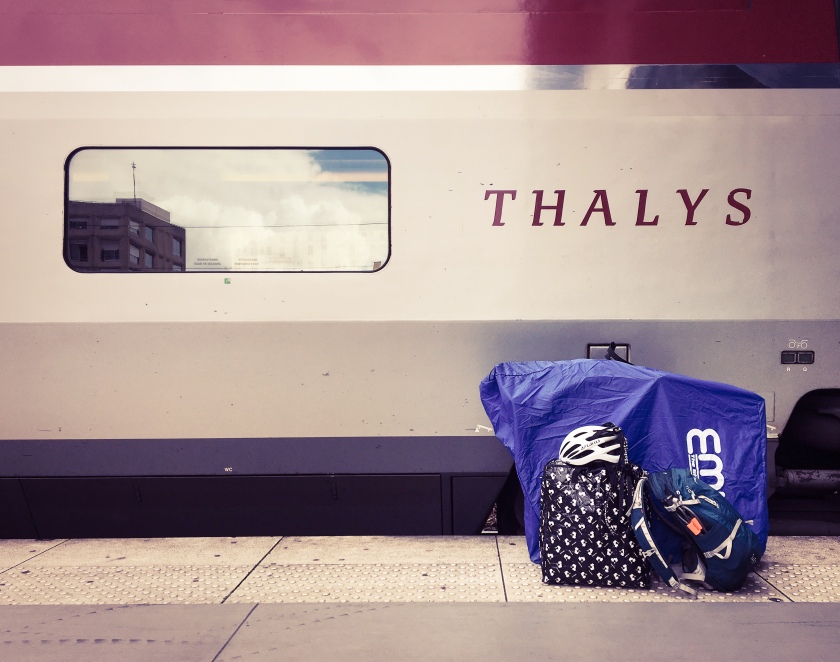 Fin.
Something completely different will happen this summer. It will be more than just a notch up…