A rather easy day here! And a short blog post…

I had the idea to spend a night either in Lausanne or in Geneve anyway. Lausanne would have been too short (60km); Geneve at a relaxed distance (120km).

The ride was divided into two parts: firstly from my campsite through some hilly terrain to Lausanne, and then from Lausanne along the Lake Geneva to Geneva.

Part 1: After getting up I packed my stuff (took a while), had some spare food from the day before for ‘breakfast’ and headed off. Between the Lake Neuchâtel and Lausanne you find already some softer folds of the pre-Alps and Jura. Those had to be crossed. These 60 km were pretty tiresome and I overestimated my completed distance at any given time by sometimes 50%. So, the lesson after 2 days was: climbing means half the speed/double the time.

At some point the climbs turned into descends. Arrival in Lausanne. The air seemed to be notably more Mediterranean (even though we’re still far from it); the city is located on a steep slope.

However, I did not dive too much into the architectural and historical features of Lausanne, but instead put the emphasis on culinary experiences:

Part 2: The trip continued southwestward along the Lake towards Geneve – another 65km – under headwind that turned out less bad than expected; that menu (depicted above) had such reviving effects that all went quite smoothly.

I arrived around 19h and had plenty of time to stroll around the city and sort out everything in the hostel I had booked.

From here i was just 1 daydistance from Lyon. 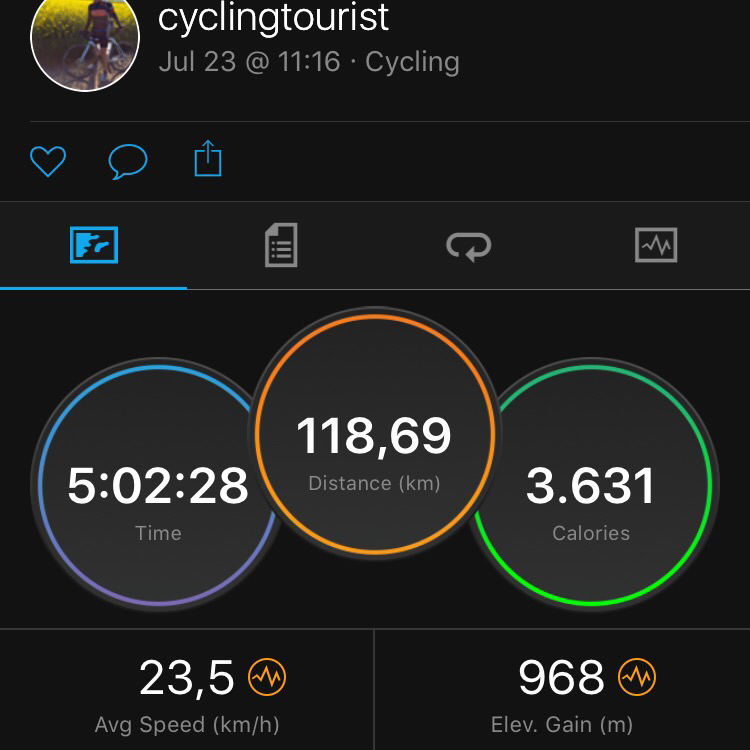